This project was the first time an artist had worked with the bridge department. The design team project’s initial charge for the artist was to look at the entire bridge to develop an idea that could be used both for Novelty Bridge and future bridge projects. After conversations with the community, the art concept focused on the bridge railing for two reasons, the ability to replicate it on different bridge styles in the future, and the ability to provide framed views of the water which were typically blocked by the concrete side walls in use on many contemporary bridges. The project scope was increased to include a color scheme for the bridge and stone portal markers. The paint scheme uses a non-traditional palette for the overall bridge and both portals — the east has hot colors as people leave the rural river valley, and the west has calm colors as people enter the “Valley of the Moon”. 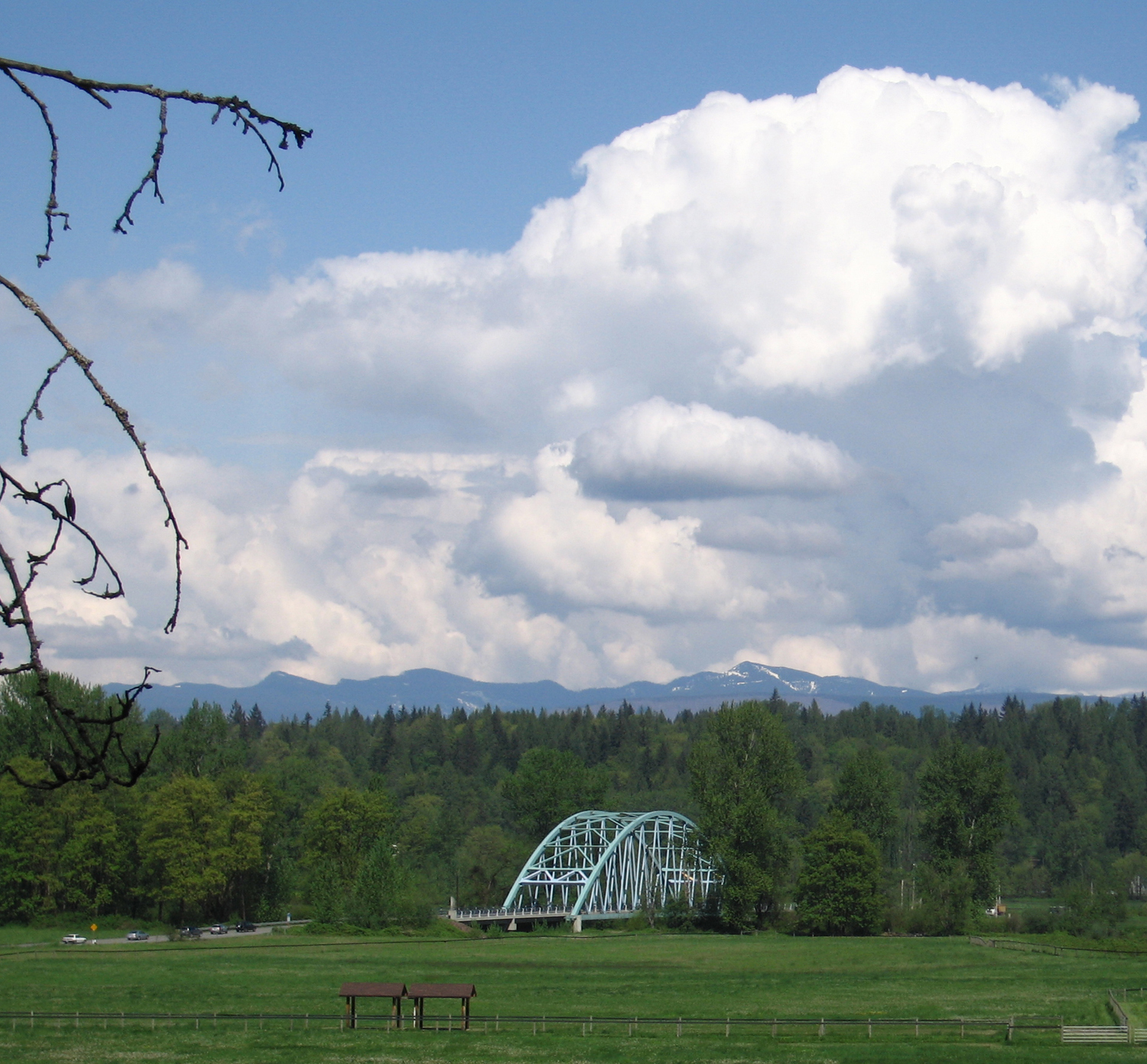 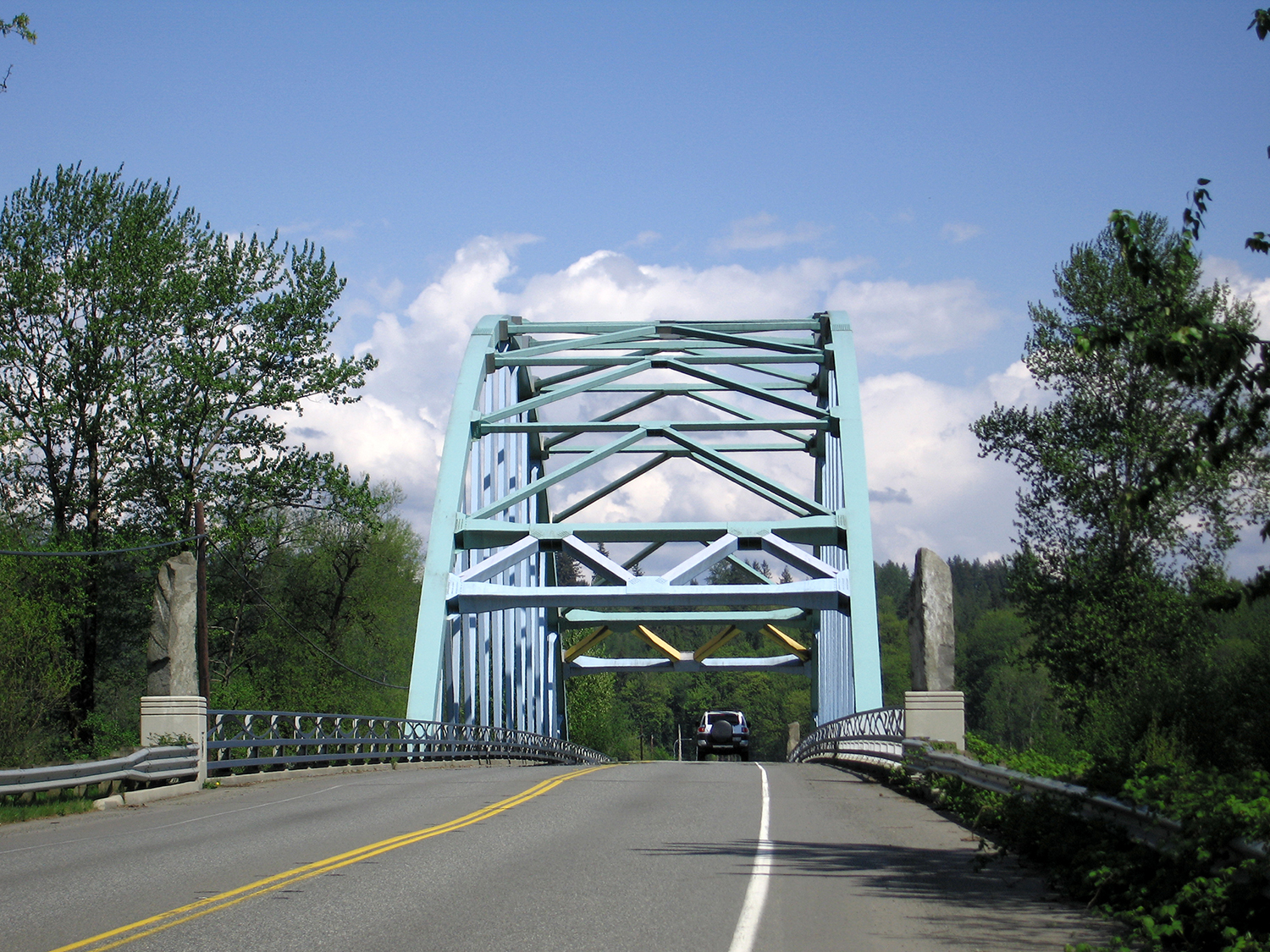 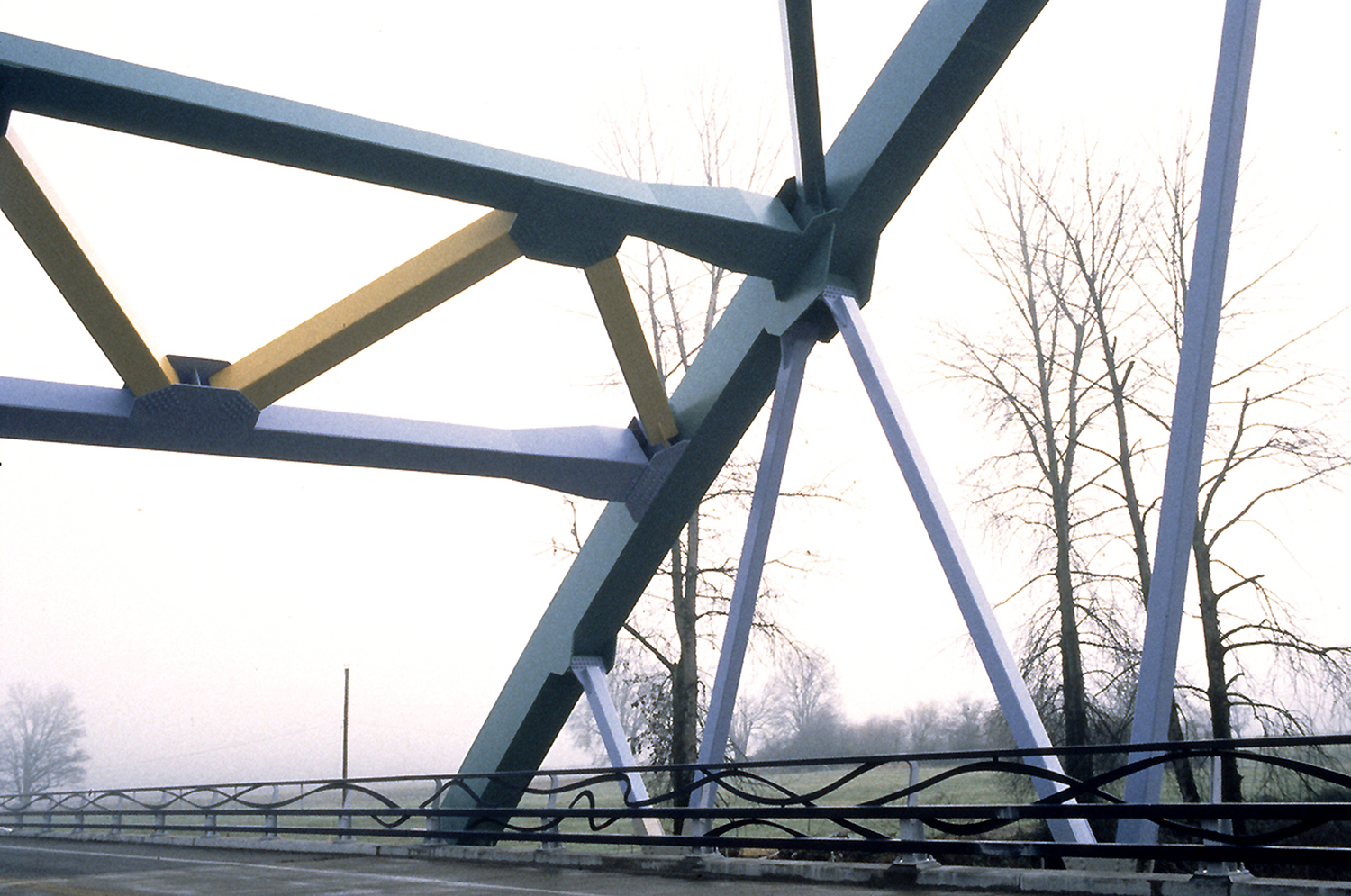 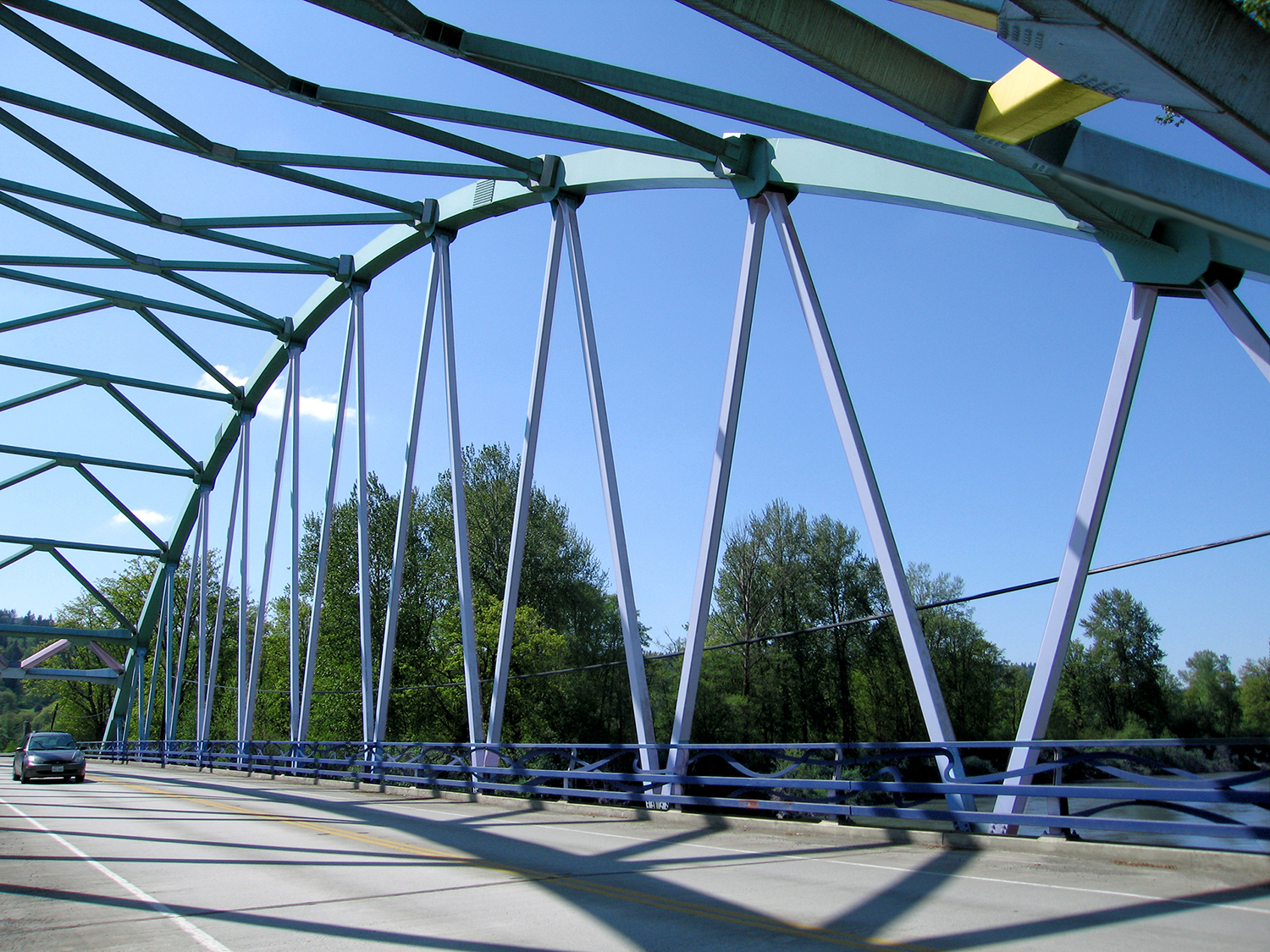 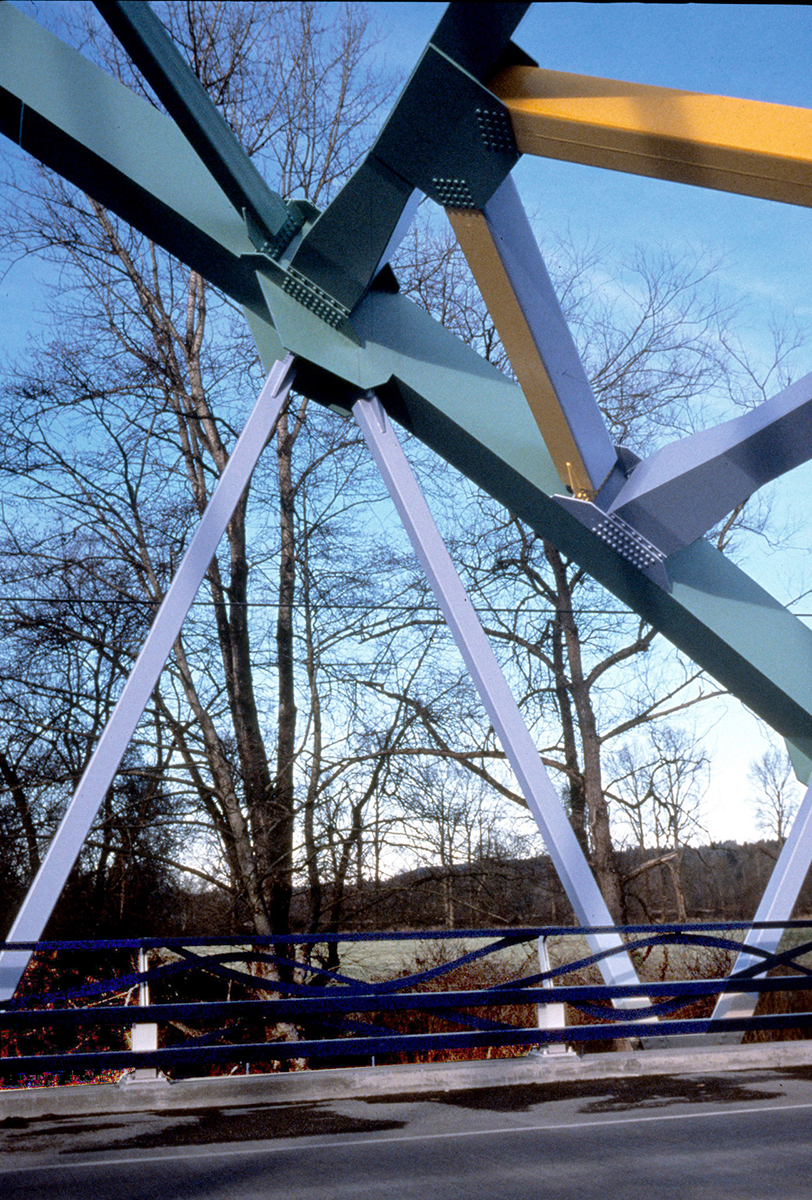 BACK TO ALL PUBLIC ART >>