“Art in the Meadow” was a show of temporary artworks Law curated located in an undeveloped meadow that had recently been bought for a new park by an island community near Seattle. The site was the location of an historic sawmill and community housing for workers. Law was an exhibiting artist and the guest curator. Law developed the conceptual approach to developing art works for the site and invited seven additional artists. All of the art pieces had their concepts and primary materials derived from the site. The locations of the pieces set up a situation where people explored the entire site, encountering artworks that were a sublime part of the landscape, and in some cases revealed a hidden story connected to the land.

Law’s installation, Nature’s House (Shadow Shelter), was a nod towards those magical spaces in nature that suggest a place of shelter and respite. This location also happened to house the honeymoon cottages used by mill workers. The apple trees suggested a domestic landscape now returned to a more wild state. The tree pieces and fabricated plywood object referred to domestic and industrial uses and child’s play. The components in the interior had reflective surfaces that engaged the plants, space and light and cast light throughout the space when the sun hit them directly. Smaller colored Plexiglas circles were nestled into the branches. These cast colored shapes around the space and also focused what was behind them in a surprising way accentuating that fact that this space was all about nature – people were the visitors – and nothing was the same moment to moment. 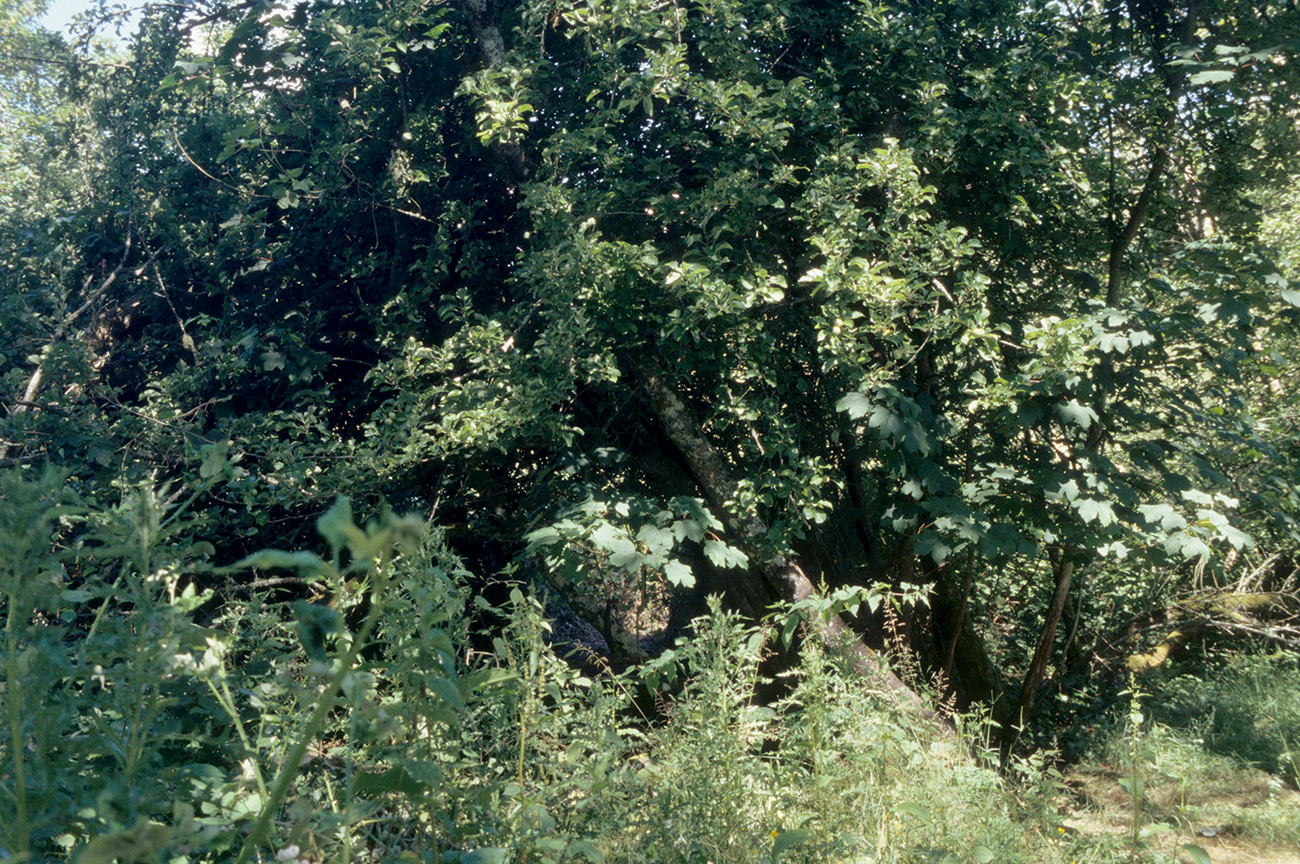 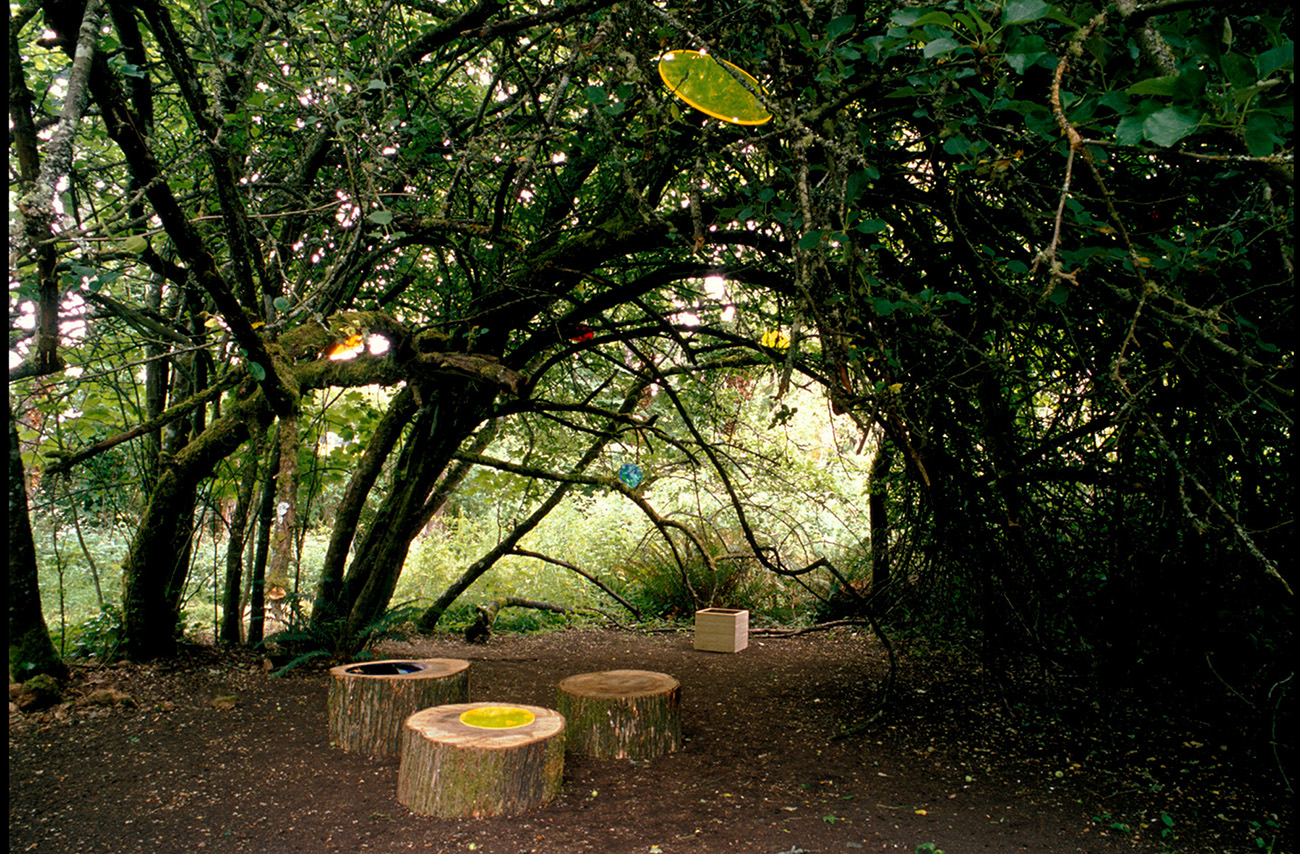 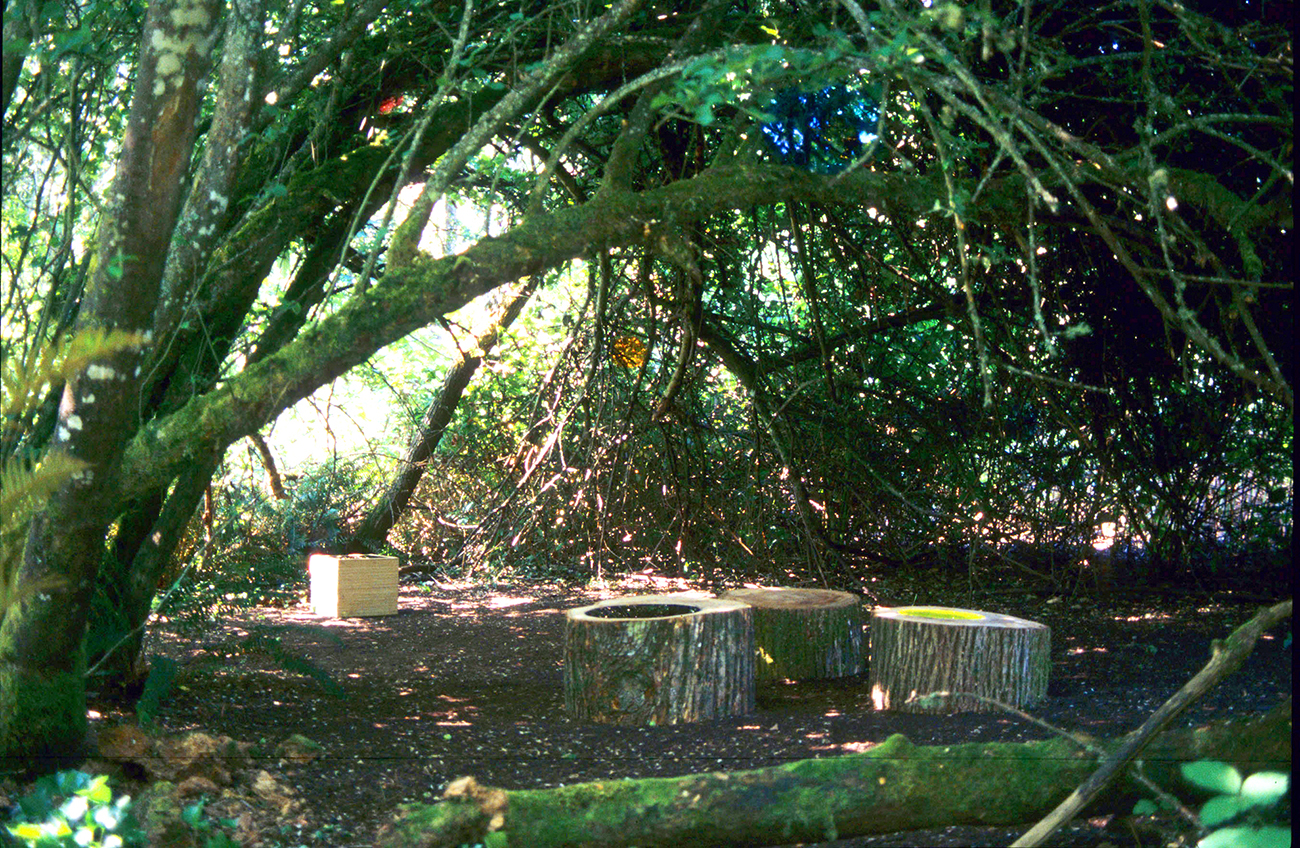 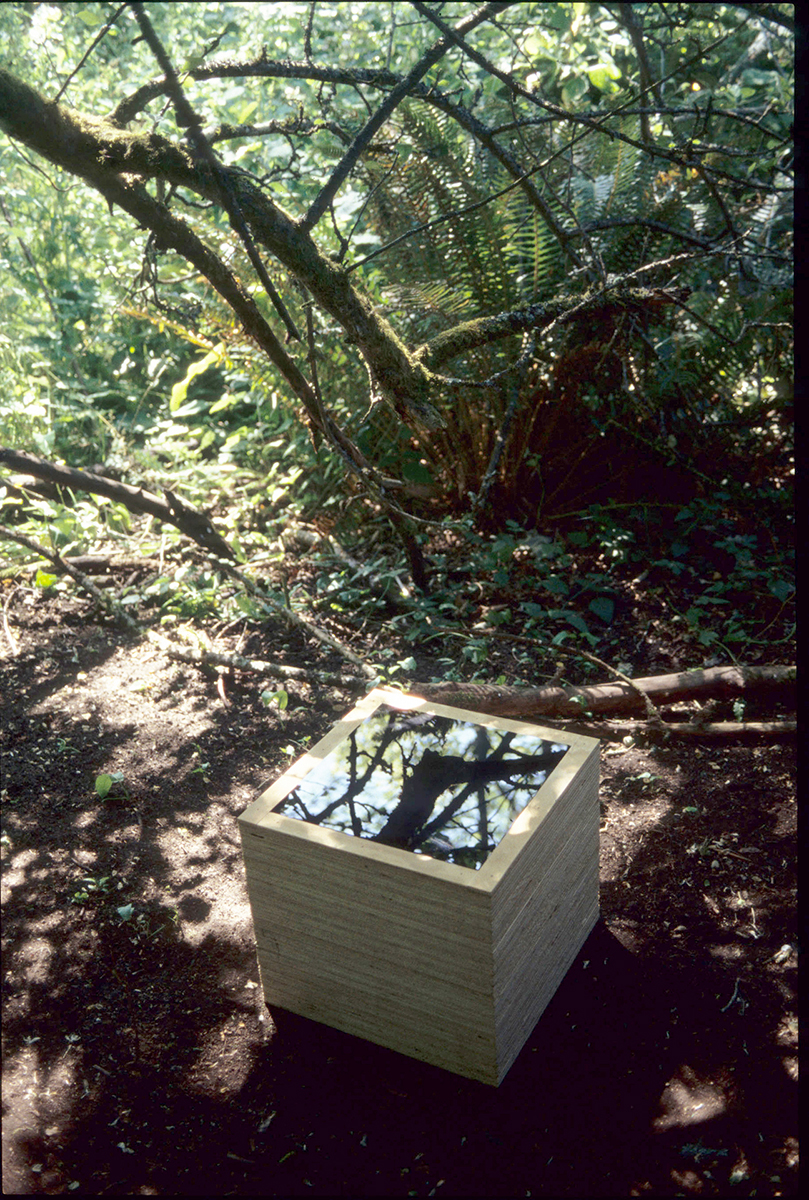 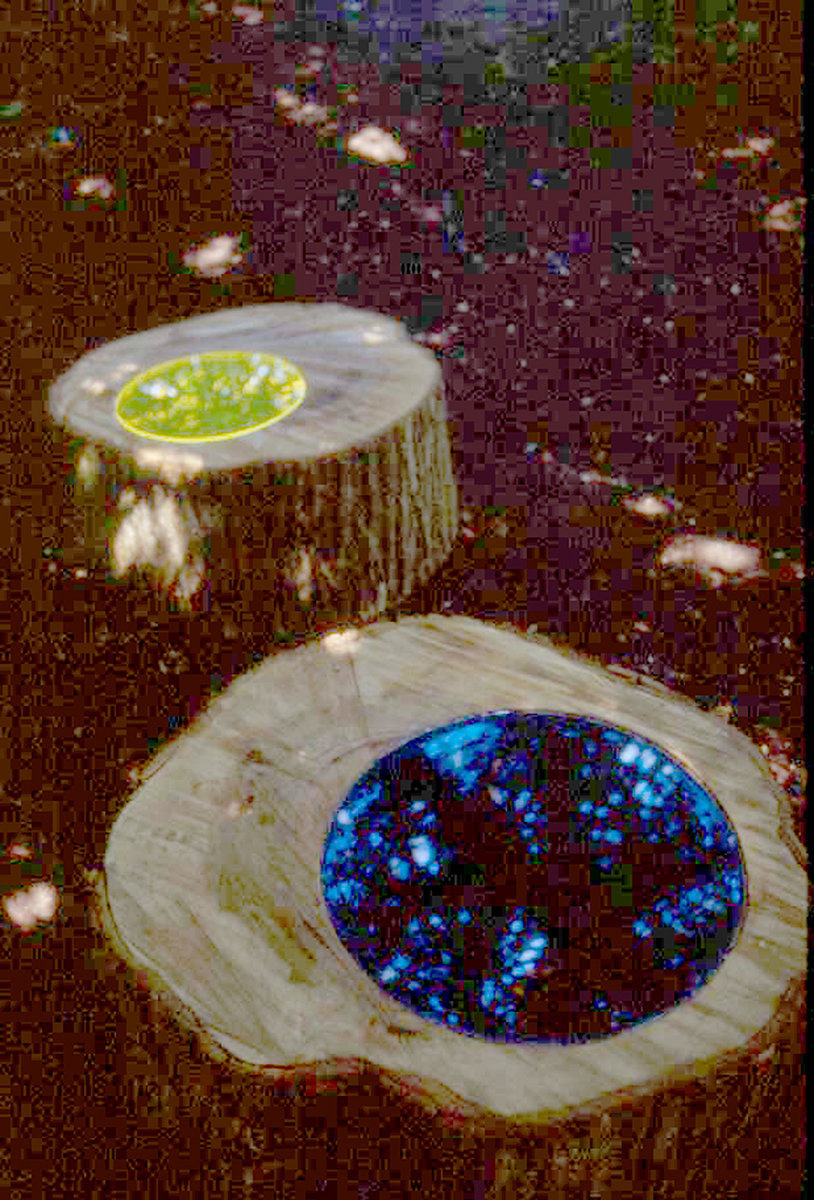 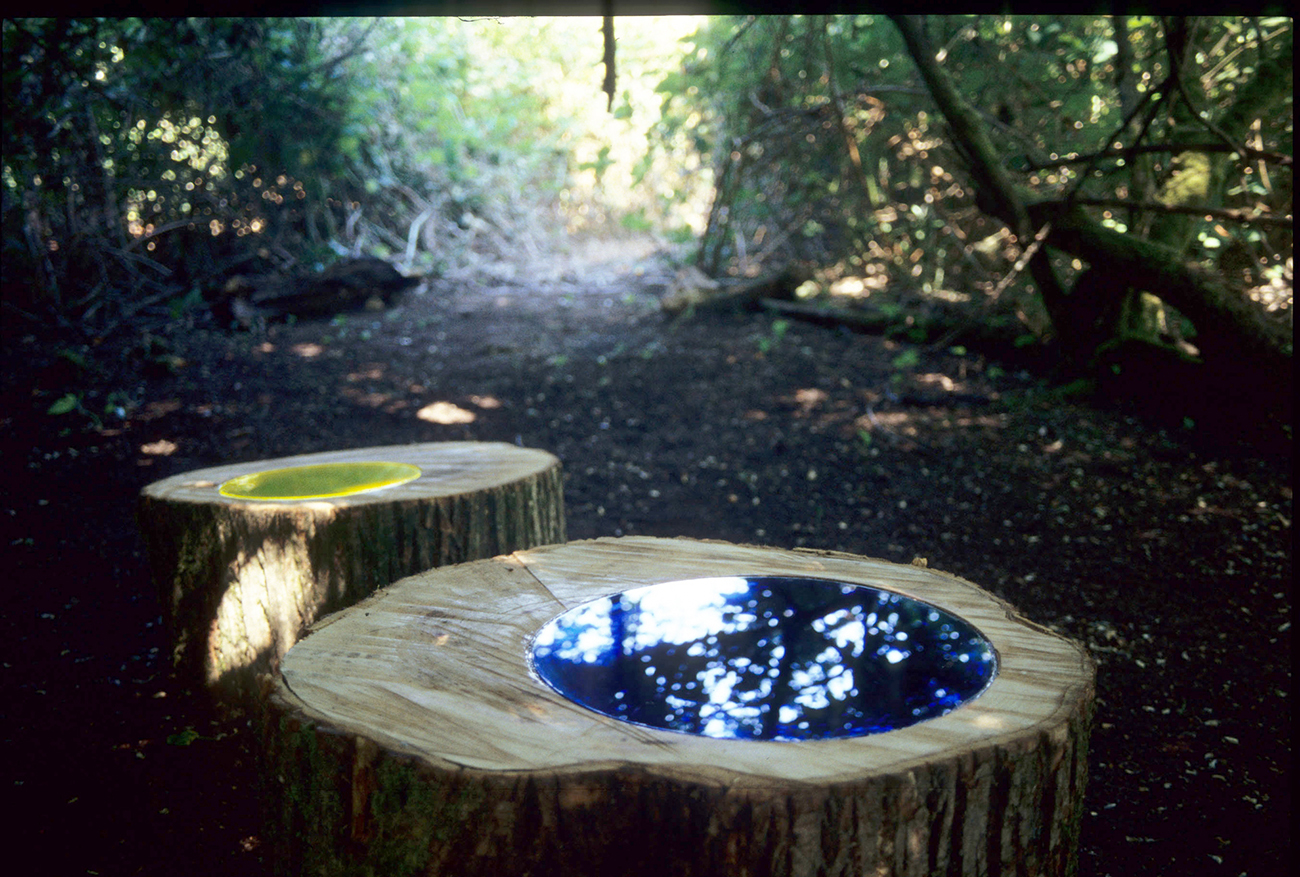 BACK TO ALL STUDIO ART – INSTALLATIONS >>